I always try to support indie writers by buying their books, but more often than not I am disappointed and unable to read to the end. Why? Because they have not been edited. Yes, they’ve been spell checked. But I just can’t read books that clearly need help.

Everyone needs to have their work edited. Even best selling authors have editors, and I am thrilled to have started to offer editing services at my website: www.youselfpublish.com 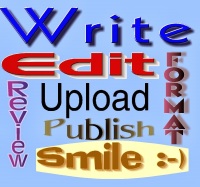 I recently offered to help my old friend Chris Pocock in Zimbabwe self-publish his book on Amazon’s Createspace.

When he sent the manuscript to me he said he had not had a chance to have it edited, and asked if I would also do that for him.

I was glad he recognized the importance of editing, and because he and I have been friends since we rode horses together in our high school days, I agreed.

His book is non-fiction, entitled The Story of Polocrosse in Zimbabwe, and it covers 60 years of history of the sport. I was very impressed with the amount of information it contained, and how much work Chris had done putting it all in order, together with a lot of photographs and line drawings.

He was quite right, it did need editing, and I found that I really enjoyed that part. It also needed to be formatted for publication, which is not too difficult once you have done it a few times.

Chris had an idea of what he wanted for a cover, but he didn’t know how to create one that would conform to Createspace’s specifications. This is what we came up with when we put our head together:

Next, we had to figure out what we were going to do with the back cover, and here it is. It took some adjustments to get it right for publication, but the book will be available any day now, as soon as it has passed the review process.

I have also been helping a friend in Australia to format and submit his book, “SILF” and its cover to Createspace. He designed the cover himself. The book is now available, which is great.

I enjoyed it so much that I decided to offer my services to others, but it is very time consuming, and I work, so I have to charge something for doing it, but I’ve made it as inexpensive as I possible can. This is my new website: www.youselfpublish.com

I’m ready and willing to start helping independent authors, so please contact me for pricing info. I think you’ll be pleasantly surprised.

It’s not too late to enter into the Write Room Blog’s enormous book giveaway, but you’ll have to hurry. The draw is tomorrow — November 15th 2013.

Here are the details:
Today is the final day to enter into the raffle. The Write Room Blog is giving away more than 80 books, and the draw takes place tomorrow. http://www.thewriteroomblog.com/?page_id=1281

Veterans Day will forever have two reasons for celebration for a dwindling population of people scattered throughout the world who call themselves Rhodesians. On November 11th, 1995, Rhodesia declared its independence from Britain via a Unilateral Declaration of Independence. (UDI).

Rhodesia, located in southern Africa, is the country in which I was born and raised. I can still clearly remember as a child in primary school being let out of the classroom early that day, because our Prime Minister Ian Smith was going to make an important announcement, and everyone should have the opportunity to listen to it live on the radio. It didn’t mean very much to me at the time, but it was to be the start of a string of events which eventually led to me and my husband losing our homeland and being compelled to emigrate.

The United States of America is the only other country to have declared its independence from the British via a Unilateral Declaration of Independence (UDI), which it did on July 4th, 1776. 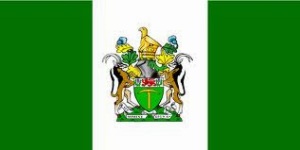 They couldn’t be more different. While the USA was a huge country, even then with a large population of white settlers, Rhodesia was a tiny country ruled by the white minority in a predominantly black populace.

The reason we took our independence illegally was that Britain was trying to force majority rule and a vote for every person in the country. What they didn’t understand was that the black population were not westernized enough to rule a country in the western democratic fashion. We, the people who lived there, knew that a fair and non-corrupt voting process was impossible.

What followed were 15 years of world sanctions and a guerrilla war–theoretically to free the black population, but in actual fact the so-called “freedom fighters” were communist-backed thugs who raped, tortured and slayed innocent people–men, women and children. They particularly liked to attack missionaries because they knew they would not be armed, and they took pleasure in the torture and massacre of people’s beloved pets and farmers’ livestock.

Every able-bodied white male was drafted, and many of the Rhodesian blacks fought alongside them on a voluntary basis. But it wasn’t the war that eventually brought Rhodesia’s downfall. Although the country was one of the richest in the world in farmland and minerals, no oil has ever been discovered there and in today’s world a country cannot continue to exist without gasoline. The sanctions and oil embargo was therefore effective, and we were forced to admit defeat.

In 1980, Robert Mugabe was voted in as the first black president and the country changed its name to Zimbabwe. Widespread intimidation was reported, but the results were still upheld. Mugabe is a dictator and as such, is still in power today. He has committed and continues to commit genocide, murder, torture, and has raped the country of its natural resources to such an extent that it is now the poorest country in the world. Even today, Zimbabwean white farmers are being forced to leave their homes at gunpoint, are subjected to public beatings, and are made to watch their animals being mutilated by Mugabe’s thugs, while the majority of the population live with fear and starvation.

So it is with mixed emotions that a small group of people who still call themselves Rhodesians gather on November 11th every year all over the world to commemorate the anniversary of UDI, still yearning for their homeland and for Africa.