Last night I had the privilege of being interviewed by Ken Weene on It Matters Radio, about my new Redneck P.I. Adventures book, Backwoods Boogie.

First I have to thank all three presenters — Ken, Monica and Kerry. They are so warm and friendly, it’s like being invited into their homes. There’s even a cat called Punky who manages to get into a lot of the coverage, which made me feel more at home since I love animals.

We discussed the salient points of Backwoods Boogie — first about the unlikely Picadilly Tearoom — a British tea room in a little redneck town in Alabama called Quisby.  Ken asked what they were serving I said probably cucumber sandwiches and scones with strawberry jam and thick cream. Of course the interview took place at my time 9:30 pm so I actually had a glass of wine in front of me. Monica was in central time, and hour behind me, and Ken was in mountain time, and Kerry in Pacific time. Before my interview, a very talented musician, John Cee Stannard was the musical guest, broadcasting from London, England where it was some ungodly hour of the morning.

Some of my family members and friends attended and I wished I could have interacted more with them and the others who were there.

We talked about Twila’s mission to rescue almost 100 abused and mistreated dogs from an illegal puppy mill, and her venture with biker Bart and his vigilante’s gang to take down a dog-fighting ring. It just happens to be Superbowl weekend and we discussed the fact that Godaddy agreed to remove their ad from the Superbowl because it depicted puppies being sold over the Internet — which is how a lot of puppy mill dogs are sold.

Then we discussed my newest book, Aquarius Addiction, which had just been released the same day. 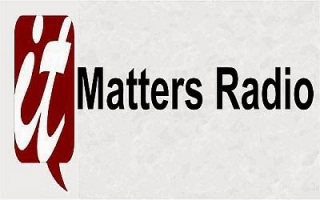