Attention crime readers. Here’s an author whose books you might want to get to know, including The Radio Murders, which has just been re-released. Here is her story behind the story.

Writing is a lonely profession. We authors often sit up late in the night while our spouses, children and, in my case, grandchild have all gone to bed. Frequently tired after a day full of activity, it’s the quiet time when we can think, imagine, and write without interruption. It was my desire to connect with my reader that prompted me to start a blog. I fought the idea for some time. I kept thinking, how in the world will I ever find the time to add one more thing to my exploding schedule? My decision to write a blog was prompted by that need to reach out and connect with those individuals who inspire me and share their thoughts with me—just like they did on my radio shows.

It’s been a few years since I sat at a microphone and communicated with listeners on my radio show Lights Out in Seattle. Back then I worked for KLSY for several years. Another radio station wined and dined me and wooed me away, and I went to work for Warm 106.9, also in Seattle. Management named my new show Love Songs. I thoroughly enjoyed the magic of nighttime radio. The lights in the studio would be soft and low; I could look through my studio windows and see the city lights sparkling in the dark waters of Puget Sound. The real magic though was the conversations with my listeners. I treasured their stories of love and devotion and yes, even their tales of painful losses. One conversation sticks in my mind with crystal clarity. The caller was from Vancouver, BC. Her family had been in a horrific car accident that night and she was waiting to hear whether they were going to live or die. She called my show to ask for support from my Lights Out listeners. I was humbled that she thought of us to help her through her desperation.

I left radio in 2002 and decided to get a “real” job. You know, one of those with fantastic benefits. It was a difficult transition because I missed the heartfelt sharing I had in radio. I decided to write in my spare time to ease some of the boredom I felt with the job that paid my bills. From the time I could barely read, I had a feeling I would communicate in the world with the written word. I started writing and haven’t stopped. I have written four novels: Black Phoenix, an apocalyptic thriller, The Chair, a sweet romance for the mature set, The Radio Murders, the first in a series of crime mysteries set in Seattle, and 6 White Roses, the second in that series. Currently, I am very close to finishing the third Seattle murder mystery, Kiss the Girls and Make Them Die.

I recently changed publishers and am very pleased to announce that I am now with White Bird Publishing. The transition from one publisher to another can be complicated, so all of my books had to be taken off the Internet and reformatted. The freshly edited, new edition of The Radio Murders debuts August 16th.

I always thought I would communicate in the world as a writer. As a child I was a voracious reader, and knew someday I would pen a great novel. It was my calling. But life sometimes takes left turns and I went to broadcasting school instead of a four-year college.  I did spent thirty years having fun, spinning records, interviewing people, doing love song dedications. I had a ball until…Congress passed a law in 1996 allowing broadcast corporations to own multiple radio stations in one market. Well, the gobbling began and soon behemoths corporations ate up radio stations like locusts in a wheat field. Radio announcers like me were axed on bloody Fridays with surgical precision. I left radio, went to work for the US Federal Government, and in my private hours, began doing what I really loved doing—writing.
Thank you for the gift of your time. I look forward to hearing from you.

Here’s the link to Amazon and click here for Kelly’s blog.

I’m giving away two print copies this week on Goodreads.

Riley Shaughnessy has the perfect life. Her veterinary practice is thriving, and she loves living in the small town in the Colorado mountains, where no one knows the shocking secret of her past. She loves to gallop her palomino mare across the vast expanse of public land bordering the town, and after a long period of self-denial, she has even committed to a date with handsome horse wrangler, Randy Hansen.
But now, she knows her assistant, Jamie, would never willingly abandon her child, so why has she disappeared?
Something dark and sinister is taking place, and it all started on the day hunky Powell Stewart, with the piercing blue eyes, came into her life in a strange and unexpected way.
Her inner voice tells her to stay as far away from him as she can, but his magnetism drags her toward him and she cannot find the power to resist. 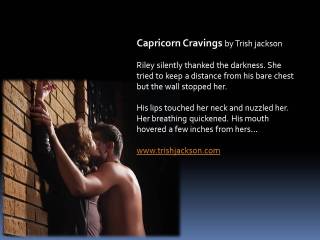 Why did hunky Andre Rossouw come into Arlette’s life on the same day her doctor told her she was about to die?
Attractive FBI Psychic Arlette Xylander displays all the character traits of her star sign, Aquarius, being feisty, eccentric, freedom-loving, flirtatious, rebellious and unpredictable. She may be only five feet tall, but she epitomizes the old adage that dynamite comes in small packages.
Her emotions rage between denial, anger and tears when her doctor tells her she is suffering from a rare terminal disease. When hunky Andre Rossouw asks her to help find his sister who has been missing for four years, Arlette makes two decisions. To beat the disease and find a cure, and to have wild and passionate sex with him.
Then she finds out he has a fiancée. 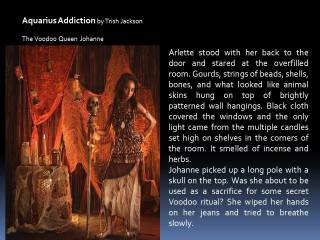 Good luck to all of you.

Rhoda is a very talented author who usually writes sweet and entertaining romantic comedies. This book was written as a tribute to hospice and hospice workers all over the world.

Peter is the perfect husband, the husband we would all cherish. When his wife, Sally is in a coma as a result of a car crash on their wedding day, he visits her faithfully in the hospice, always hoping she might recover consciousness one day.  Perhaps some of his devotion comes from guilt. He was the one driving. But he is also just a really good person who loves his wife.
Sally can hear him, while she lies there in a coma, but she can’t move or communicate. Until he becomes friendly with Grace, who is also a regular visitor to the hospice.
I thought I had a good idea of where the story was going, and then it went in a totally different direction. The title is brilliant, because each one of the three main characters is stuck in some way, and all of them find their own form of release in the end.

This is a beautiful, poignant love story, and a very successful divergence from the author’s usual romantic comedies, and she did a great job of illustrating life in a hospice, as she set out to do.
A little dark; a little sad, but happiness triumphs in the end.
Here’s the link to buy it on Amazon