Karma’s a bitch–we’ve all heard that saying before, but this short story is a little different. 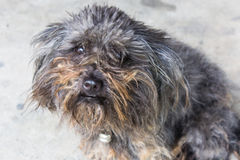 Romney Richlieu cursed. Bad luck followed her as usual.
Her whole life had been one giant screw up, and now this.
She mimicked Mrs. Breiton’s words. “We’re so sorry. It’s nothing to do with your leg, Romney. The company is in financial difficulty and we have to let a few people go.”
Sorry, my ass. I don’t know why they hired me in the first place. I didn’t hide my leg. It’s all skinny and ugly and it’s totally obvious my shoe is built-up. They could see that from the time  I  went for the first interview. I suppose it’s because of that silly woman with the Chihuahua in her purse. How was I supposed to know it was there? I like animals. I wouldn’t have put the file on top of the purse if she had told me it was there. And anyhow, the dog is fine.
She dragged her personal items from her drawer and tossed them all in the trash can. Like her life, nothing in there was worth saving.
She walked out of that place with her head held high. It wasn’t totally a normal walk, but she didn’t limp so much these days with the new orthotic shoe. So now what? She couldn’t even claim on unemployment because she hadn’t been there long enough. Maybe next time she should wear long pants to the interview and they wouldn’t see her leg. But these days with the recession, it seemed that the only way she could get a job was because of the sympathy factor. The poor crippled girl. We should be nice to her.
Romney stopped in the park and flopped onto a bench. She hadn’t allowed herself to think about her circumstances, but now fear clutched at her stomach. How will I pay the rent? Will they kick me out? Oh God. I wish I could just die.” She held her head in her hands and cried quietly.
“What the . . .?” She looked up sharply when something wet made contact with her arm. A dog—and he was licking her.
“What are you doing?” She pushed him away. He stood there and wagged his tail—and his whole butt wagged with it. He showed her his teeth. But he wasn’t snarling. He was smiling. The mutt was smiling at her. She tried to keep the stern look on her face, but he looked so funny with his butt wiggling like that and the goofy grin, she laughed out loud. Then she noticed his leg. One of his back legs was all shriveled up, the muscles useless and wasted like hers, and he held it up off the ground.
It didn’t seem to bother him. He wasn’t pissed off with life. In fact, he looked epically happy to see her. His  matted, dirty white fur clung to a bony frame. He wasn’t wearing a collar. She reached out and patted him on his head and his butt wagged harder than before. He made a whining kind of noise.
“I do believe you’re talking to me,” she said. “You must be a stray, and yet you look so frikkin’ happy despite your bad leg, and you probably haven’t had a square meal for a while.”
She jerked and blinked. An old lady perched on the other end of the bench. Where had she come from? She smiled at Romney and petted the dog. “This is Andy,” she said. “He was mine, but I passed, and he was left to fend for himself. He’s yours now.” Before Romney could even open her mouth to reply, she was gone.
Was she really ever there?
Romney shrugged and smiled down at him. Smiling did something to her. It made her feel hopeful.    “Well, Andy, let’s go see what we can do to get back on our feet. The first thing I’m gonna do is get you a square meal. I feel like our luck has just changed.”
Andy barked twice, and they limped out of the park together.
I grew up on a farm in Zimbabwe, Africa, and lived through some crazy adventures that sparked my imagination; including having to keep a loaded UZI by my side every night in case of an attack by armed insurgents. I love all animals and don’t seem to be able to keep them out of my stories, which usually take place in small, country towns.  Find out more at http://www.trishjackson.com .

I can’t believe I haven’t updated my blog for so long. My excuse is that I went to South Africa to celebrate my amazing mother-in-law’s 96th birthday, and then when I got home the ‘silly season’ was in full swing.

That’s all in the past now and 2016 looms on the horizon. I’m hoping it’ll be a great year for writers in general. My wish is that you all have something good to celebrate next year.

2015 was a good year for me as a writer. I had two books published and a short story. As always, they include delightful animal characters and romance, plus a message to educate people about the evils of our world. 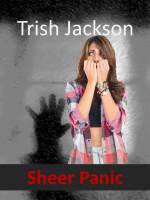 Sheer Panic is a novella I published myself. It’s my first attempt at a psychological thriller.

Breanna Barton has no love life until the guy she had a crush on at high school shows up unexpectedly on Facebook and wants to get together. After several strange and terrifying incidents, she comes to the realization that someone is stalking her. But it can’t be him. He lives in another state.
Her eight-year-old niece, and Panda, the little black and white mutt who belongs to her elderly neighbor rescue Breanna in more ways than one.
Sheer Panic on Amazon

Virgo’s Vice, the third in my Zodiac Series, was released by Soul Mate Publishing late in the year.

Camera operator Lexie King has a good reason to work out of her comfort zone in Allan Dockery’s new survival-style reality show in Africa. She is determined to overcome her PTSD and make something of herself, but she has no way of knowing he would be there. The monster who molested her repeatedly as a child.
Jake, the producer’s chocolate lab, and sexy cowboy contestant Billy Murphy are her only hope, but can they do enough to save her? 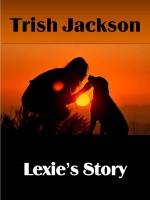 Lexie’s Story is the prologue to Virgo’s Vice. I self-published this on Smashwords and it can be downloaded totally free in any format.

Lexie KIng’s childhood sucked. When she wasn’t lying in in her bed at night waiting for ‘the monster’, she was hiding from the bullies at school. It was like she had a sign on her forehead that said “Abuse Me.”
Lexie’s parents died in a car crash when she was too young to remember, and Aunt Jess refuses to believe that her live-in lover, Phillip could be molesting Lexie.
An ugly mutt named Candy — a cross between a boxer and a standard poodle — is Lexie’s only friend in the world.
FREE Download of Lexie’s Story

See you all next year.